‘They think I make trouble’: Myanmar man on the run is latest attack on civil society 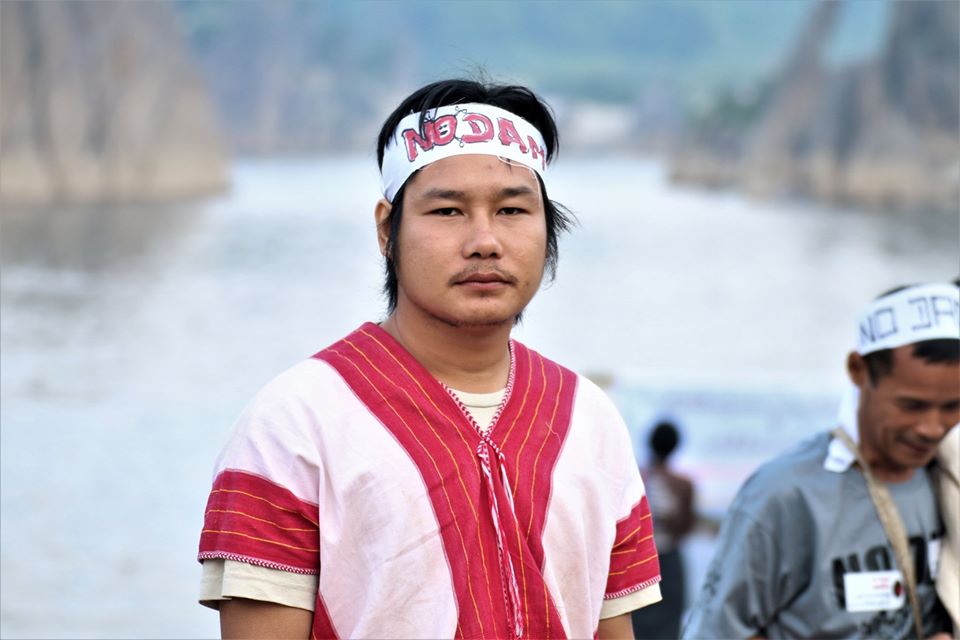 The police who descended on Saw Tha Phoe’s home Friday night were carrying out what has become a routine matter in Myanmar: arresting an outspoken advocate for local rights against powerful national interests.

But this time, the 10 officers who arrived failed to take Mr. Saw Tha Phoe away. He was far from home at the time, in an area along the border with Thailand that is outside the range of Myanmar’s cellular networks and beyond the reach of the police, since it is controlled by one of the country’s ethnic groups.

That has placed him in an unusual position: a citizen of Myanmar sought by the authorities who maintains the freedom to speak about his situation.

“I am not scared,” he told The Globe and Mail in an interview. But “I worry about my family – they can make trouble for my family. And though I am free and did not commit any crime, they have made me look like a criminal. This is not a good feeling.”

Mr. Saw Tha Phoe, 34, is an environmental advocate who lives in Hpa-an, a small city on the banks of the Salween River, which is known in China as the Nu and is one of the region’s great waterways. As a campaign co-ordinator with the Karen Environmental Social Action Network and the Karen Rivers Network, he has helped raise awareness of the risks posed by hydroelectric plants, coal-fired generating stations and, most recently, a cement plant that has been accused of fouling water supplies.

He believes authorities want to silence him, as they have many others in the years since the rise to power of Aung San Suu Kyi, the Nobel peace laureate who last year was dragged before the International Court of Justice to respond to accusations that her country has committed genocide.

In early 2016, when Ms. Suu Kyi took power as the de facto civilian leader of Myanmar, the Assistance Association for Political Prisoners counted 86 political prisoners and 399 activists awaiting trial for political actions in the country. This January, it counted 73 in jail and 574 awaiting trial.

On Tuesday, United Nations special rapporteur on the situation of human rights in Myanmar, Yanghee Lee, delivered a report in which she noted “politically motivated arrests and prosecutions” as a key concern. Ms. Lee “anticipated expansive opening of democratic space under the new government, which has not been the case.”

Instead, authorities have taken action against conduct “that criticizes the military, the military-drafted constitution or the military’s role in politics,” said Laura Haig, Myanmar researcher for Amnesty International. Ms. Suu Kyi does not control the military. But her National League for Democracy holds “the majority in parliament that could amend or review the laws being used to target these activists,” Ms. Haig said.

Those arrested in recent years include protesters, musicians, poets, actors and dozens of journalists.

The officers who came to Mr. Saw Tha Phoe’s home were there to arrest him for violations of a Penal Code provision that makes it criminal to utter or publish anything “likely to cause fear or alarm in the public.” The maximum penalty is two years in jail.

Mr. Saw Tha Phoe has investigated the Myaing Kalay cement plant run by a military-owned company that switched its energy source from natural gas to coal in 2018. Authorities have since declared downstream water safe, citing lab results. The local chief minister even publicly drank some.

But nearby villagers say their water has been contaminated, turning wells black and creating skin irritation for children who shower in it. “Right now the villagers cannot drink their water. They can only rely on clean water that is donated to them,” Mr. Saw Tha Phoe said. On Jan. 17, he attended a ceremony led by monks who prayed against the cement plant. He did not speak, but police cited his participation as grounds for his arrest.

“The charges against Saw Tha Phoe would appear to be an effort to limit the role of civil society to try to find a reasonable solution to the problems that these communities face,” said Carl Middleton, director of the Center for Social Development Studies at Chulalongkorn University in Bangkok.

On Tuesday, more than 300 civil society groups signed a statement of condemnation. “We do not tolerate authoritarianism,” they wrote.

“Seeking to arrest Saw Tha Phoe instills fear in so many other critics,” said David Mathieson, a Yangon-based human-rights analyst. “It unfortunately suggests a diminishing tolerance for criticism or ridicule of any kind.”

Mr. Saw Tha Phoe, meanwhile, isn’t sure what he will do. “I cannot go back home,” he said.

Nor does he plan to back down.

”Maybe they think I make trouble for them,” he said. “But actually, democracy means I can argue. I can complain about issues. Because I complain for people who are really suffering, who are becoming victims of injustice. That’s why I do this.”

Our Morning Update and Evening Update newsletters are written by Globe editors, giving you a concise summary of the day’s most important headlines.

The Globe and Mail